Weekly maths clubs are run with primary schools, secondary schools and Universities across Kenya.  During these learners engage in puzzles, mathematical games, extra curricula mathematics and technology with emphasis on problem solving, logic and critical thinking. 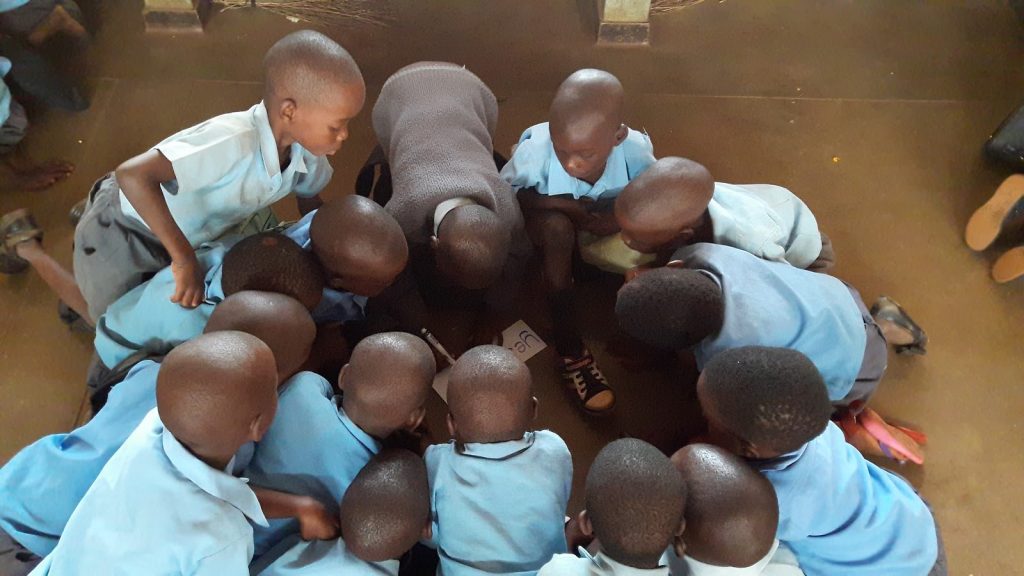 Standard two pupils from Shivanga Primary school take part in a maths club session on Geometrical shapes, talking in a group helped them realise what was needed.

The  maths clubs aim at changing the negative attitude many students hold towards mathematics.  Long-term support is given to learners and instructors through sharing resource packs with lots of easy to run activities and materials. With the maths clubs, the learners themselves are the principal agents of change as they lead activities in their own respective schools. SAMI works closely with partners in Africa to develop materials that can be student-led and work well in low-resource environments. 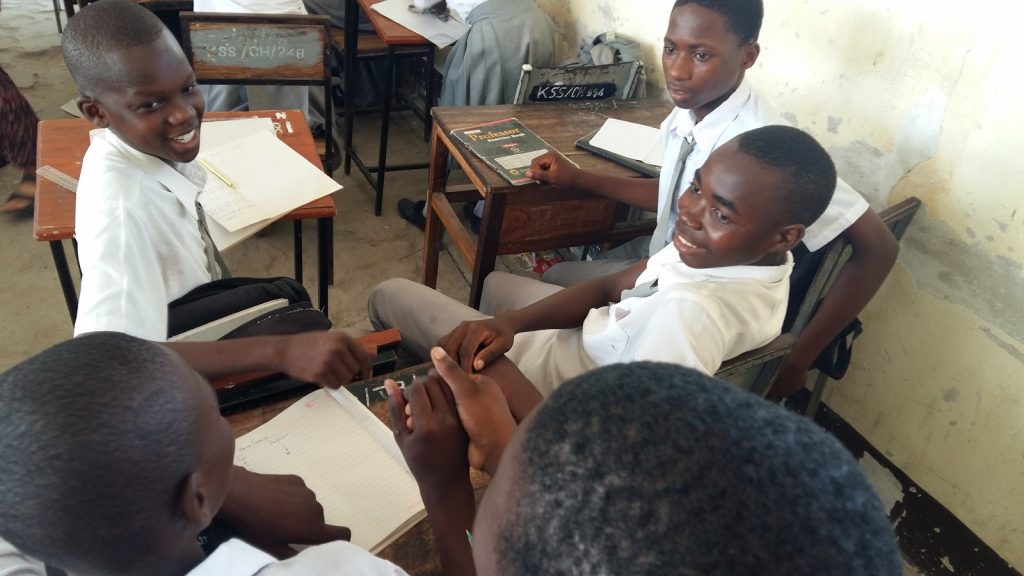 SAMI has created a network of maths clubs between schools in Kenya and UK where joint tasks are given, students collaborate and interact with each other solving mathematical problems and share ideas in a distance-learning context. We currently run a maths club every Wednesday based on ideas, themes and ethos developed at maths camps in Africa, with collaboration between pupils at schools in both locations.